The Sun Rising Over the Kudzu

When I was in high school, I found that I had taken so many classes that I had an excess of credits. While I could have taken more electives, my school did not offer any that I was interested in, so I choose to end my school day 2 hours early. Unfortunately, I did not have a car and the bus was not available, so every day, I would walk down the long front lawn of my school to the nearest busy street and hitchhike home. Usually, this only took me as far as the turn off from that road, which meant that I had to walk the last 2 miles.

Some days, rides were scarce and I started walking on the busy street. On those days, the bus might pass me on the way home. Even on the days that I got a ride, the walk those last 2 miles could take a while, as it was up and down hills and around curves, and not all of the distance had sidewalks.

Most of that 2 mile walk was through a neighborhood that bordered my own. The exception to that was Grayson Valley Country Club and I passed it every day going to and from school.

After I graduated from high school, my parents told me that I would not get to lay around all summer, waiting for college to start in the Fall. So, I looked for a seasonal job that would give me a chance to stay up late without being too unsafe. I don’t recall how I came to be hired by the country club, only that it was a very abrupt change from having a bedtime before my parents went to bed to having a job as a night-watchman. I left for work as the rest of the family was going to bed and returned from work as they were waking up.

For the first 2 or 3 hours every night, I had to clean the country club, vacuum the carpets, take out the trash, load and run the dishwashers. Once an hour, I made my rounds, taking a key from the keyring and turning the locks so as to record that, yes, someone was present in the building 24 hours a day. For these duties, they paid me $90 per week, which was, I suppose, just enough that they came out ahead from their savings on fire and burglary insurance due to my presence.

The job was not exactly fun, and it was rather dull at times. After the cleaning work was done, all I had to do was read or watch tv. Back then, there were very few channels on tv and almost nothing interesting was on in the middle of the night.

So, most mornings would find me on the balcony of the country club, watching the sun rising over the kudzu-choked hills in the distance. The club had a large golf course that extended out toward the base of those hills, so watching it was part of my duties — and it was the one duty that I really enjoyed. As the sky changed from black to purple, from purple to blue, the birds that had spent the night in the kudzu or on the grass at the edges of the golf course would come awake and rise up in ever-increasing numbers. As they cartwheeled around to greet the new day, I would almost feel that I had been given a blessing by God just to behold such a sight.

The job with the country club lasted just one Summer. Afterward, I started college on the other side of town and put it into my rearview window. Many years later, I would return for the 20 year reunion of my high school class and be surprised to find the country club looked the same as I remembered. My one regret from that reunion was that I could not spend the night and watch the sun rising over the kudzu and the new dawn greeted by the flocks of happy birds one more time. 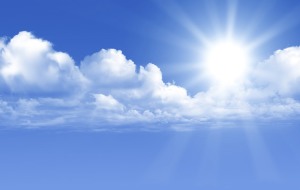 In response to The Daily Post’s writing prompt: “New Dawn.”

and the assignment from the Blogging101 class. 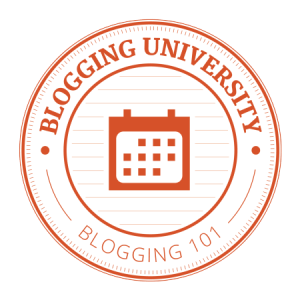 60+, male, widowed/single. Writer with a day job. Notary Public. #catdaddy Science fiction and fantasy fan, avid reader, Founder of the Darrell Awards. Author of _Getting Started As A Notary Signing Agent_ (available from https://notarymemphis.wordpress.com/books). Please be kind to one another.
View all posts by Tim Gatewood →
This entry was posted in General Sharing, Writing and tagged blogging101, high school memories, nostalgia, writing prompt. Bookmark the permalink.

7 Responses to The Sun Rising Over the Kudzu