A Charlotte-area couple certainly has an engagement to remember after the soon-to-be groom dropped the engagement ring into the ocean while attempting to propose.

Kayla Harrity, 24, works for the Town of Waxhaw. She and her boyfriend, 25-year-old Matthew Picca, are on a vacation with her family in Southport, NC when he decided to surprise her with a proposal.

Kayla says the couple went to Old American Fish on Saturday and she saw Matthew’s mother. 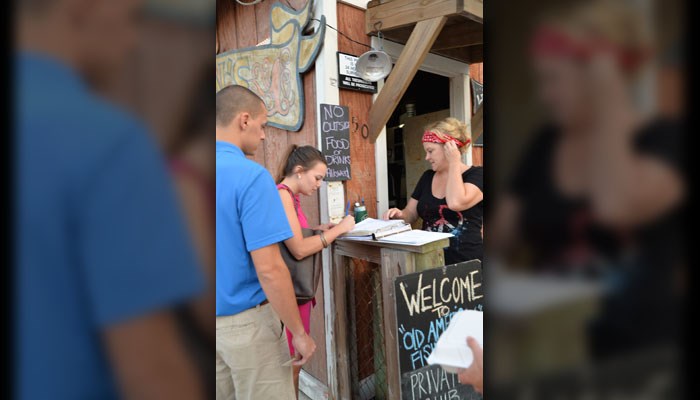 “I turned around and he was getting down on one knee,” Kayla recalled. “As he opened the ring box, the ring fell out of the box and fell through the cracks on the deck and into the water. I didn’t even get to see it before it dropped.”

Kayla says everyone was in total shock and speechless.

“I covered my face and began to cry because I knew my boyfriend was devastated,” she said. “Matthew…

60+, male, widowed/single. Writer with a day job. Notary Public. #catdaddy Science fiction and fantasy fan, avid reader, Founder of the Darrell Awards. Author of _Getting Started As A Notary Signing Agent_ (available from https://notarymemphis.wordpress.com/books). Please be kind to one another.
View all posts by Tim Gatewood →
This entry was posted in General Sharing. Bookmark the permalink.