That Moment When… #3 – On Marriage

You realize that you will fulfill every vow you made at your wedding if you’re fortunate enough to stay married for the rest of your life.

I promise to love, honor, and respect you. I take you for my lawfully wedded wife, to have and to hold from this day forward, for better, for worse, for richer, for poorer, in sickness and health, as long as we both shall live.

While our wedding vows were not exactly the customary ones seen above, they were a variation of those. 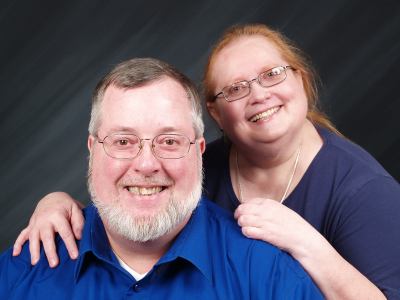 I well remember that moment when I said the vows to my bride and that feeling of reality shifting into a new pattern as a result. Over the days and nights that followed, I began to figure out what that pattern might be, and during our honeymoon trip to Eureka Springs, I had time to really wonder at what I had gotten myself into and why she agreed to tie herself to me.

At several points in the early years of our marriage, when things were going so well, I imagined that we might live out our days without the “excitement” of the situations mentioned in our vows. On some level, I hoped that we wouldn’t have such a boring marriage as that.

Of course, the universe is perverse and heard that hope. Either that, or the vows are so widely used because they describe what is most likely to happen in a typical lifespan of a married couple.

Over the years, I’ve often thought I hadn’t done my wife any favors by marrying her. To this day, I still think she’s a much better person than I am and she makes me strive to be a better person just by being in my life.

We’ve now been married over 22 years and, along the way, I’ve found that everything said in those vows has come to pass.

In short, the vows we made have turned out to be a foretelling of our life together and I wouldn’t have it any other way. It’s been my honor and privilege to be married to such a fine person, especially with all that it has entailed.

This article is part of the That Moment When… series, which is about turning points in life or in how we view life. If you’d like to contribute a guest post to this series, please include your contact info in your comments.

60+, male, widowed/single. Writer with a day job. Notary Public. #catdaddy Science fiction and fantasy fan, avid reader, Founder of the Darrell Awards. Author of _Getting Started As A Notary Signing Agent_ (available from https://notarymemphis.wordpress.com/books). Please be kind to one another.
View all posts by Tim Gatewood →
This entry was posted in Family, That Moment When and tagged family, health, honesty, honor, husband, joy, Love, marriage, poor, respect, rich, sickness, vows, wedding, Wife. Bookmark the permalink.

12 Responses to That Moment When… #3 – On Marriage